What are some common situations for subrogation in winter?  There are a few!

With the temperature fluctuating, our streets become riddled with potholes.  Driving over these can often cause significant damage to vehicles.  Who is responsible for maintaining roads?  It’s likely the city or municipality.  It is important to send notice to the city or municipality immediately after the damage occurs.  This is important for two reasons.  One is that the city will attempt to repair the pot hole, preventing further damage.  The other reason is that the notification for most cities is needed within 7-15 days if there’s any chance of subrogation recovery.  It is important to follow up on these notices, and to thoroughly document loss details.

Most often, when vehicles are parked on the side of a road, and a plow goes by after a heavy snow, there is a chance for damage to the parked vehicle.  Snow plows long gone though, right?  Maybe not.  Ensure that photos and a cause of the damage to the vehicle are documented as soon as possible.  If the damage is consistent with being hit by a plow, there is a chance of recovery.  Find out what time the damage occurred, if there were any other vehicles damaged, and who was responsible for the snow removal.  Not always easy, but worth a shot!

Lucky folks will get out of the snow for winter, and head south to the U.S.  Almost all states are tort for recovery.  This means that you go to the at-fault party for recovery of damage.  If one vehicle does not have collision coverage, that driver has to go directly to the other insurance company for their damage.  It’s important to ensure adequate reserving for these losses, as the at-fault company has an exposure to third party property damage, as well as injury claims.

The important keys for pursuing subrogation successfully is to recognize the opportunities early, and to get complete details of the loss, and documentation to support damage and payments.  Attempting recovery too late often leads to failure. 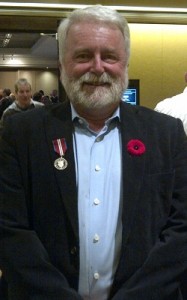 We’re pleased to present a new Guest Blogger! We came across Gifford Associates’ blog recently & love what they’re saying.  We invited Tammy to blog for us, and are thrilled to feature her first entry.

Tammy Elizabeth Southin, BA (Hons) combines her solid insurance experience and extensive communication skills as an independent Social Media Consultant, with a particular interest in connecting the insurance industry in cyberspace. She provides top-level marketing and branding awareness services as the Social Media Marketing Director for Gifford Associates Insurance Brokers in Ottawa. Her work in this role earned Gifford Associates a special mention as a social media example for insurance brokers at the 2012 IBAO Annual Convention.

5 WAYS TO SAVE ON INSURANCE COSTS

Car insurance does not have to cost you a wheel and a hubcap; there are ways to help lower your premiums and still maintain sufficient car insurance coverage for you and your family.

Protect your car from theft
Does your vehicle come have an anti-theft device? Models having factory-installed devices are usually included in a company’s premium calculations. If you have an alarm system installed after purchase, you may qualify for an anti-theft discount. Note however that steering locking devices like the Club generally do not qualify.

Are you an older driver?
Experience pays off. If you are an older driver with a good driving record, your carrier may offer an age discount. As well, there are several insurance providers catering exclusively to drivers fifty and older.

Exclude drivers with poor records
Does a driver in your household have a poor driving record because of accidents, numerous traffic tickets or cancelled insurance policies? Consider taking out an endorsement to exclude that person from driving your vehicle. Avoid having to pay higher premiums for the mistakes of others.

Shop around for insurance quotes to see if you are getting the maximum discounts and rewards available. Comparing coverages and costs will help you decide on the right policy for you.

Your car is a necessity and so is having sufficient insurance. There are ways to keep your auto insurance rates down without sacrificing coverage. Talk to your insurance professional and review your policy to discover the many ways you can save money.