Are You Ready for the AB Mediation Backlog “Fix”?

On May 23, 2012, Tom Golfetto, Executive Director of the FSCO Dispute Resolution Group, issued a letter updating stake holders on the progress of DRS initiatives. The RFP procurement process in nearing completion and he expects that the first set of files will flow to the outsource vendors at the beginning of July. They expect that outsource vendors will be able to handle 2000 mediations per month and 500 arbitrations. This is in addition to the 2,793 mediations being handled per month by FSCO DRG staff. It was conspicuous that Tom’s letter did not give the number of cases currently in backlog but that was estimated at 30,000 (see our previous blog entry)

The problem with the math is that it does not account for the estimated 3,000 new cases coming in per month. If this number stays constant, FSCO staff can only keep up with the new ones and the backlog will be reduced at the rate of 2,000 per month over the next 18 months to 2 years.

The letter is available here.

In any event, the “warning” to be ready for the onslaught echoes my article “When the Dam Bursts”, FSCO warns: “please ensure that you retain additional staff as necessary, so that there are no scheduling delays due to unavailability of your staff”.

Cameron & Associates would be pleased to assist Insurers to resolve this challenge on a long and short term basis. Contact us for more details.

This article was recently published in Canadian Underwriter Magazine.

It is an expansion on Jim’s previous blog post. 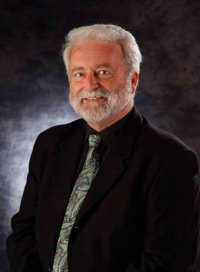 Feedback on the articles and blog posts is always appreciated!

A PDF copy of the article is available here: When the Dam Bursts Jim Cameron.

Thirty-five thousand cases and counting: What happens when the dam bursts?

Currently, under Ontario’s Insurance Act[1], if you have a dispute with an insurer involving the payment of accident benefits under the SABS (Statutory Accident Benefits Schedule), you must file for mediation with the Dispute Resolution Practice Group (DRPG) at FSCO (Financial Services Commission Of Ontario).

The mandate of FSCO’s DRPG is to provide a fair, timely, accessible and cost effective process for resolving claimant disputes over entitlement to accident benefits. This mediation must have taken place and failed before you can proceed to the courts through a lawsuit or by arbitration (again to be filed with the DRP).

The act provides that such mediation shall take place within 60 days of the filing date with FSCO. FSCO has found itself facing a marked increase in the number of mediation requests filed, coupled with Government imposed staff freezes. The result is a backlog of about 35,000 mediations. The auditor general observed that in the 2010-11 fiscal year, no mediations were completed within the 60 days required by law.

The situation is only getting worse: the latest figures show 3,000 new cases per month. Estimates suggest the current backlog is about 36,000 cases. If nothing were to be done, the backlog could reach 48,000 cases by the end of this year.

FSCO Mediations  BY THE NUMBERS

Ontario auditor general Jim McCarter commented on this situation in December 2011. Citing increased demands and constraints on resources, he noted it is taking between 10 and 12 months to resolve mediated disputes instead of the legislated requirement of 60 days. He also commented that FSCO does not capture information to allow it to assess the reasons why the number of mediations has sharply increased over the past five years.

Surprisingly, his report stated about half of all injury claims end up in mediation. In addition, 80% of all mediations originate in the Greater Toronto Area, even though only 45% of the injured auto accidents victims live there.

The report openly questioned FSCO activities in ensuring that insurance companies apply standard due diligence in adjusting or questioning benefits claims under the SABS.  In response, FSCO indicated it had issued bulletins to companies to respond to the September 2010 changes by more proactively challenging questionable claims.[2] The problem is, however, that when insurers challenge payments, more disputes over payment of benefits arise — and therefore claimants seek mediation more often.

FSCO implemented a procedure in which the insurer and claimants could consent to fail a mediation and then move on to the next step — litigation or arbitration. This was unpopular with both claimants and insurers. Insurers pay $500 for each mediation; they felt this money might be wasted if mediation could be bypassed without any chance to talk to the claimant and discuss or offer settlement.  Claimants, who are not charged for the cost of mediation but have to pay their representative, often want to mediate and obtain a settlement without going through the next very expensive steps of litigating or arbitrating.

After a consultation process to determine the availability of external private sector dispute resolution services with the requisite capacity and expertise, FSCO posted a Request for Proposal (RFP) on MERX, the province’s electronic tendering system. In its Jan. 13, 2012 update, FSCO announced it was seeking up to four outside firms to attack the backlog of mediations and the expected increased demand in arbitrations.

FSCO originally expected to have contracts with qualified service providers by May 2012. At the time of writing, no awards of contracts have been announced and a May date seems unlikely.

In the interim, the judicial and arbitral systems have recently addressed the rights of claimants stymied by the backlog. Two court decisions and an arbitration decision found that the FSCO Dispute Resolution Group did not comply with the requirement of completing mediation within 60 days of the date of filing.

In Leone and State Farm, FSCO arbitrator Jeffrey Rogers concluded on a preliminary motion that the case could proceed to arbitration without mediation. He reasoned that Nicholas Leone faced the potential of irreparable harm as a result of delay in recovery of benefits to which he is entitled. “The erosion of statutory rights to a speedy dispute resolution process can have serious consequences for both sides,” Rogers wrote. “My ruling brings little comfort to applicants as a group, since it potentially moves the backlog from mediation to arbitration.”

In Cornie v. Security National, Ontario Superior Court Justice James W. Sloan heard four cases on the issue of whether or not a mediation is deemed to have failed if not heard within 60 days of filing. He concluded: “The SABS are for the benefit of injured motor vehicle victims and are often required in a timely fashion. It makes perfect sense that the legislation ….refer to a 60-day time limit to deal with such disputes. The insurance companies take the position that the accident victims must simply wait…. I find that submission preposterous.”

In Younis v State Farm, the insurer sought a stay of proceedings because the plaintiff had not completed a mediation as required by Section 280 (1) (2) and (8) of the Insurance Act and Section 19(1) of the DRPC. The action started more that seven months after the submission of the application for mediation. Ontario Superior Court Justice Guy DiTomaso found that the mediation had failed both on an interpretation of the Code, ss. 280(4), 280(7) of the act and s. 10 of O.Reg. 664.

The arbitration and all of the decisions above are under appeal. The first of the appeals is expected to be heard this summer.

The Effect if the Appeals are Upheld

Let’s assume claimants with mediations pending can bring either a court or an arbitration case more than 60 days after filing for mediation. Using the number of 35,000 to estimate the backlog, this means insurers would be billed $500 per mediation (deemed failed) for a total of $17.5 million. The cases would then have to either be arbitrated or tried.

Arbitration cases automatically cost the insurer $3,000. If half of the above cases end up in arbitration, that would result in $52.5 million in FSCO costs, plus most likely $5,000 in counsel fees (another $87.5 million), and these numbers completely ignore any settlement or benefit loss payment costs.

If half the cases proceed to court, there would be no FSCO costs, but the defence costs per file would most likely exceed the figures noted above. Since a large number of these disputes involve sums of less than $25,000, insurers may find themselves in Small Claims Court, a scenario with which insurers have dreaded over the years due to the unpredictability of results and the significant costs of defending there.

The bigger problem is how either the arbitration system or the court system, both of which are already stretched, will find the resources to deal with this huge influx of cases.

Should the appeals succeed, or be further appealed or delayed, huge issues still arise out of FSCO’s attack on the backlog. Some industry sources suggest a large portion of the current backlog consists mainly of cases in which treatment providers are seeking the costs of their exams, and insurers consider those costs to be exorbitant and not reasonable and necessary. These disputes are not likely to settle at mediation.

Similarly, any cases involving the new changes to “incurred expenses” definition or the Minor Injury Guideline, or other novel issues, are not going to be settled at mediation. Insurers will demand a decision by a court or arbitrator on the critical issues affecting entitlement going forward.

Statistics cited in the auditor general’s report suggest that 70% of the cases have settled historically. Maintaining that rate going forward will be unrealistic. If it drops to 50%, an additional 12,000 new cases would appear annually before the courts or at arbitration starting as early as this fall.

FSCO, has cautioned insurers, law firms and paralegals to being planning to ensure adequate staffing levels so that there are no scheduling delays due to unavailability of the parties.

Of course, nothing in the legislation precludes an insurer from settling the case at any time. No requirement exists for a claimant filing for mediation to notify or copy the insurer; indeed, the insurer’s first official notice may be when the mediator is finally appointed. Adjusters should, however, be aware of files denied when their position led to the dispute.

FSCO CEO and Superintendent of Financial Services, in response to a question posed at the CIP Symposium on April 26, 2012, stated that it was clear that the current DRG is not working.   He refused to speculate on what is next.

One question remains: With claims counts down and staffing levels rationalizing, are insurers ready?