We are thrilled to learn that our president, Jim Cameron, was nominated for the Fellow of Distinction Award, and has been selected as this years’ recipient!

Jim has been actively involved in the insurance industry throughout his over 30 year career, and is highly sought for his expertise, passion and philanthropy.  Jim is a past president of the Ontario Insurance Adjuster’s Association, has facilitated several CIP and other courses for the Insurance Institute, and is an active member of the Huntington Society of Canada.  Jim was recently awarded the Queen’s Diamond Jubilee Medal for his work fundraising and creating awareness for the Huntington Society.

Please join us in congratulating Jim!  We’re very proud to have him as our boss.

Jim’s award will be presented at the GTA Fellows’ Reception on February 12th, 2013.  We hope to see you there!

We would love to have our friends and colleagues join us to help support the fight against Huntington Disease.

Register by July 3rd for a reduced Early Bird rate.

Registration is easily done online, and there are sponsorship & volunteer spots available:

Hope to see you there!

Another beautiful day to be golfing!  We really enjoyed this tournament was on Monday, June 11, 2012.

This year the CIP Society of the Insurance Institute were rewarded for moving their tournament from September to June with excellent weather. Wyndance Golf Club in Goodwood was the spectacular venue.

Cameron & Associates helped sponsor the event & Sharon Cameron ran the putting contest where players competed for Blue Jay tickets for an upcoming game. Jim, Brian and Derrick were joined by Scott Pidduck, now joining QBE as a professional indemnity underwriter. Our “Green” Team’s score of -10 did not carry the day but we finished tied for 3rd (4th by retrogression).

All proceeds from the Mulligans, putting contest and the raffle tickets went to the John E. Lowes Scholarship Fund.  This is a great cause, and we were very happy to be a part of the group supporting this through golf! 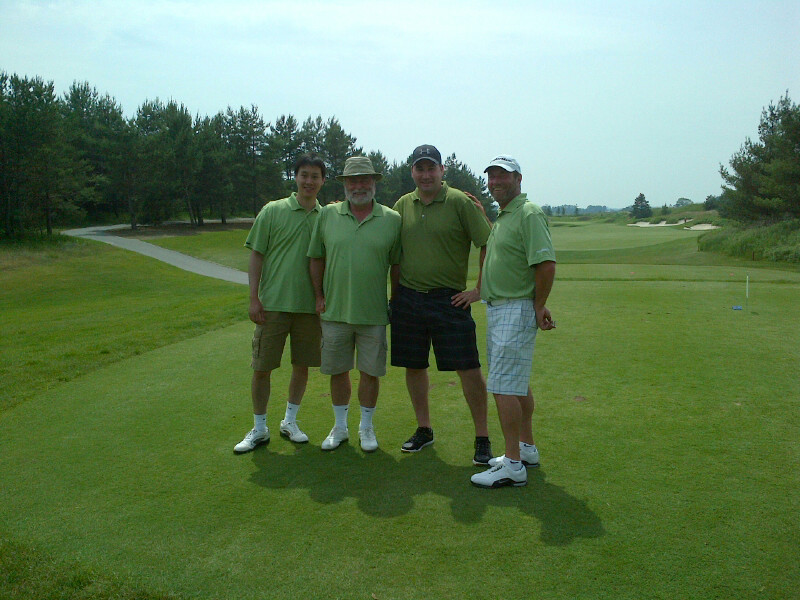 Jim, Brian, Sharon and Derrick attended the OIAA tournament at Deer Creek. Beautiful weather all day long made for a very pleasant day on this lovely course.

All proceeds of the day went to Big Brothers and Big Sisters the charity chosen by the OIAA.

Blair Boilard, the Northern Ontario Delegate all the way from Elliot Lake, Ontario, ran a tight ship (again) so that the tournament with 600 golfers went like clock work. Jim won a Sony Blue Ray DVD player which will be re-donated to our upcoming Huntington Society Golf Tournament on August 22nd at Deer Creek.

We look forward to next year and always love meeting up with old friends on the course! 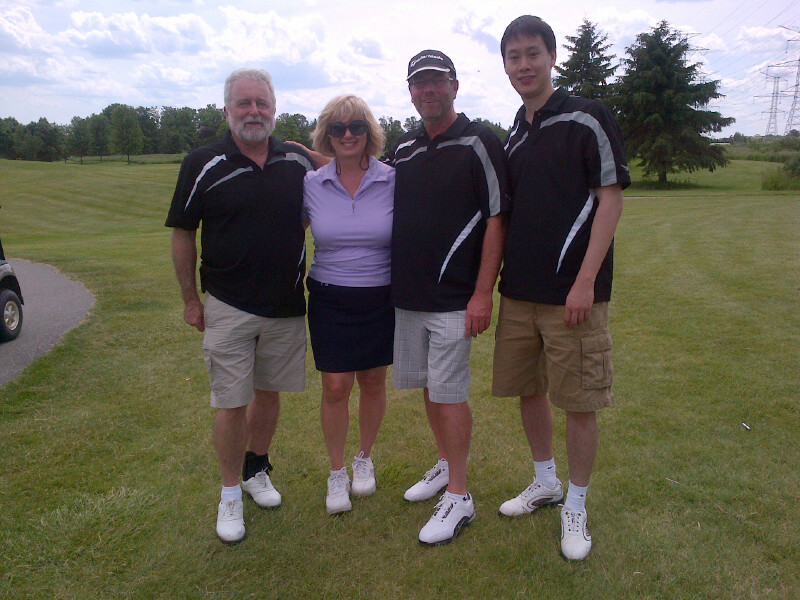 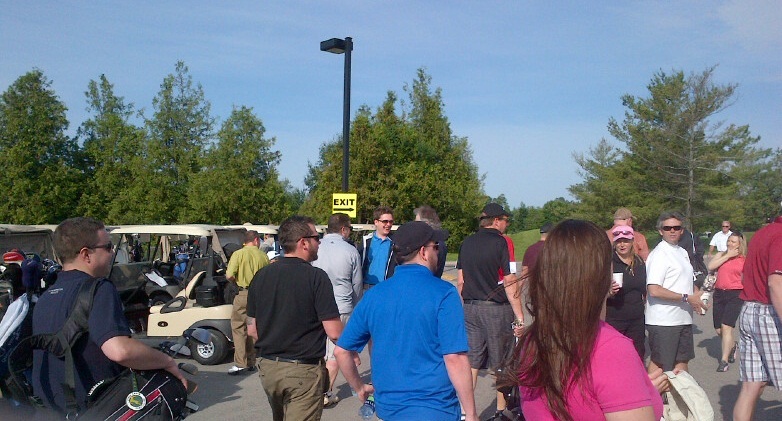 The Call to the Carts

Cameron & Associates is very proud to have participated in this event, and are ongoing supporters of the Huntington Society of Canada.

More information on this great event is available through SNAP Downtown Toronto’s website.  There is an entertaining & informative video of the event, and lots of pictures of the attendees.