We really enjoy keeping up with “Friends of Cameron” through our social media outlets.

Check out our efforts on Facebook, Twitter, Linkedin and Instouch as we take on the social media world by storm!

We’re always looking for guest bloggers to write for us.  Please let us know if you have something to add to our blog, or have information on your own blog that you’d like to share:

We’re pleased to present a new Guest Blogger! We came across Gifford Associates’ blog recently & love what they’re saying.  We invited Tammy to blog for us, and are thrilled to feature her first entry.

Tammy Elizabeth Southin, BA (Hons) combines her solid insurance experience and extensive communication skills as an independent Social Media Consultant, with a particular interest in connecting the insurance industry in cyberspace. She provides top-level marketing and branding awareness services as the Social Media Marketing Director for Gifford Associates Insurance Brokers in Ottawa. Her work in this role earned Gifford Associates a special mention as a social media example for insurance brokers at the 2012 IBAO Annual Convention.

5 WAYS TO SAVE ON INSURANCE COSTS

Car insurance does not have to cost you a wheel and a hubcap; there are ways to help lower your premiums and still maintain sufficient car insurance coverage for you and your family.

Protect your car from theft
Does your vehicle come have an anti-theft device? Models having factory-installed devices are usually included in a company’s premium calculations. If you have an alarm system installed after purchase, you may qualify for an anti-theft discount. Note however that steering locking devices like the Club generally do not qualify.

Are you an older driver?
Experience pays off. If you are an older driver with a good driving record, your carrier may offer an age discount. As well, there are several insurance providers catering exclusively to drivers fifty and older.

Exclude drivers with poor records
Does a driver in your household have a poor driving record because of accidents, numerous traffic tickets or cancelled insurance policies? Consider taking out an endorsement to exclude that person from driving your vehicle. Avoid having to pay higher premiums for the mistakes of others.

Shop around for insurance quotes to see if you are getting the maximum discounts and rewards available. Comparing coverages and costs will help you decide on the right policy for you.

Your car is a necessity and so is having sufficient insurance. There are ways to keep your auto insurance rates down without sacrificing coverage. Talk to your insurance professional and review your policy to discover the many ways you can save money. 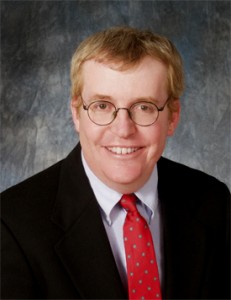 We are pleased to introduce Kevin M. Quinley, our guest blogger.  He has a great blog on his own site, www.claimscoach.com, and has graciously allowed us to feature him as a guest blogger.  Kevin Quinley CPCU, ARM, AIC is the principal of Quinley Risk Associates LLC, a boutique claims consulting firm based in the Richmond, Virginia area. He provides his nationwide clientele with services related to claims training, productivity, litigation support and expert witness services. He is the author of 10 books and over 600 articles on various aspects of insurance, risk management, claims handling and litigation management. You can reach him at or at his website, www.claimscoach.com.

This issue arose recently in the context of a bad faith claim where I was engaged as an expert witness. The plaintiff/policyholder alleged, among other things, that the insurance carrier failed to conduct an adequate investigation. Part of the argument was that the insurance adjuster relied too much on the police investigation and did not do more in the way of taking a formal statement from the policyholder and interviewing witnesses.

The Police Report reflected the account of the incident (an alleged assault and battery) from the standpoint of the insured and of witnesses. There was no dispute about what happened in the incident itself. The coverage dispute pertained more to the policyholder’s intent and whether his actions triggered the “expected or intended” or the “willful and malicious” policy exclusions.

This raised the issue as to whether adjusters are obliged in every case to go beyond the Police Report or whether, in certain cases, the report can be the cornerstone of an adjuster’s investigation.

As new adjusters, we are often taught — rightly — to NOT view police reports as sacrosanct. Police Reports can contain errors, just as medical reports or even attorney reports can contain errors. Typically, police are not eyewitnesses to an accident or incident. Their reports will capture facts relevant to the breaking of laws and ordinances.

Consider a straightforward accident where Car  A rear-ends Car B.  No one disputes that, and it is reflected in the police report.  Is the adjuster still obliged to track down, identify and take statements from all witnesses? At some point, this appears to be overkill.

Unless the adjuster is on notice that the Police Report is in some way erroneous or disputed, and if nobody disputes the basic facts of a straightforward accident, there may be instances where the adjuster can rightly rely on a police investigation for the bulk of the fact-finding without being accused of laziness.

The overarching principle is that adjusters and insurance companies are obliged to conduct reasonable investigations. This is required in many state unfair claim practice statutes. It is also found in the NAIC Model Unfair Claim Practices Act. Of course, “reasonable” is not defined. There is no paint-by-numbers description of what goes into reasonable. The statutes do not delineate the components of a “reasonable” investigation. What is reasonable in terms of investigation must be determined by the particulars of each individual claim.

At one extreme, you have straightforward scenarios where it is undisputed that Car A rear-ended Car B. If the police report reflects that, both drivers agree and there is no evidence to the contrary, then perhaps the police report can serve as the cornerstone of the adjuster’s investigation.

At the other extreme are complex and disputed facts situations. These could include the Deepwater Horizon oil spill in the Gulf of Mexico or the Fukushima nuclear meltdown in Japan. Here, official reports might be taken with a grain of salt and should be the starting point, not the endpoint of an insurer’s investigation.

So, where do you stand on the issue?  Are there situations where the Police Report can substitute for a big chunk of the adjuster’s investigation, OR is the adjuster obligated to always go back over the features captured in the report?